pikkewyntjie at The Love Boat

If this is not The Love Boat you remember, it's because this ad is for a TV movie that was later developed into the series. There's so much awesomely horrible seventiesness going on in this ad, I just had to post it. Look at that cast! It looks like Florence Henderson is getting cozy with Isaac, but if that doesn't look like Ted Lange, it's because it isn't. Teddy Wilson played Isaac in the movie. A lot of the other characters were also played by other people or didn't exist yet.

Plus, it even has a shark in honor of Shark Week! Hells yeah! 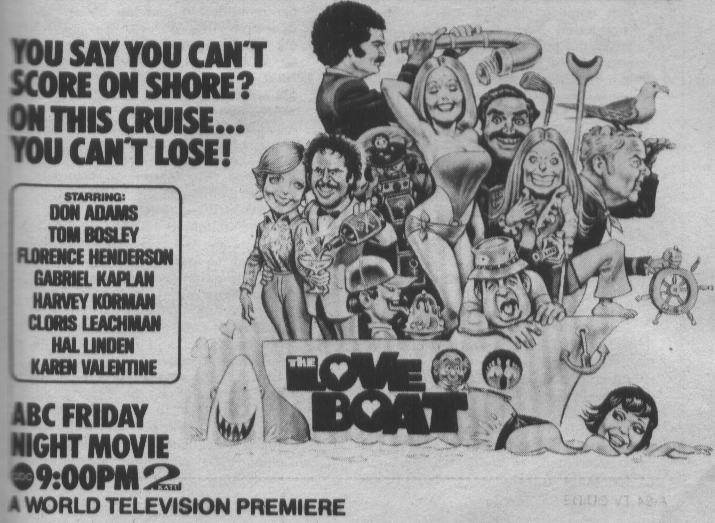 I don't know if the original Pacific Princess was used in this movie, but I learned about her horrible fate today. NOOOOOOO!