Beth and I just returned from a four-day trip to the LA area (mostly Disneyland). and here are some postcards we got!

Sabertoothed cat (not tiger) skeleton, from the Page Museum at the La Brea Tar Pits. 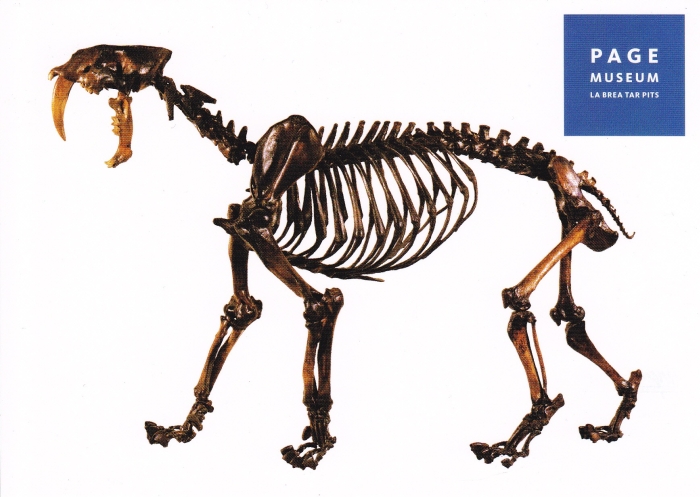 “We were then shown a very an extraordinarily curious horn which had grown on the back of a woman's head. It was exactly like a horn, except that it was thinner and browner in colour. It is somewhat of a curiosity and it appears that men-folk bear their horns in front and such women theirs behind. It was noted on a label that it originated from a Mary Davis of Saughall in Cheshire an aet. 71 an. Dn. 1688. No doubt it will have been mentioned in the Transactiones Angl., or in the Hist. nat. of Cheshire. The horn was blackish is colour, not very thick or hard, but well proportioned.” The Museum of Jurassic Technology 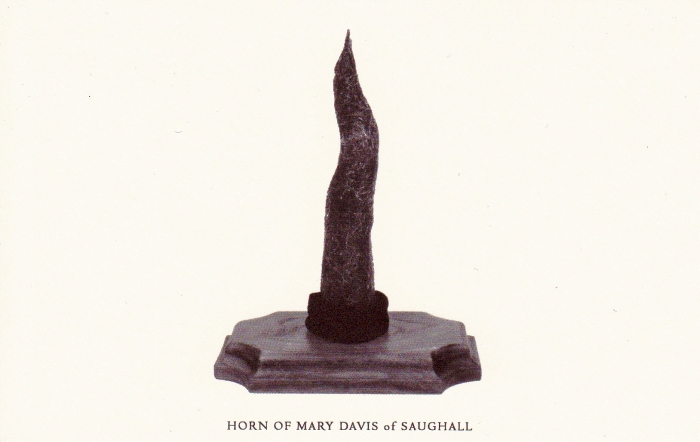 There is a lot of glitter on this card which does not show up on the scan. 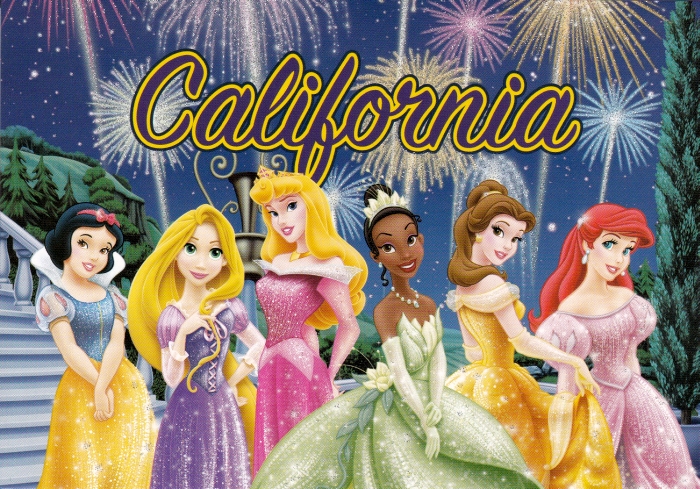