This year, we has 65 trick-or-treaters (0r maybe 63, as I may have miscounted), which was a record for us (either way)! We now have visitors who remember us for giving away full-size candy bars and comic books, so that's nice...

We put out a teal pumpkin again, and again no one asked for non-food treats, but we might as well keep doing it just because it's a decent thing to do.

This year, instead of watching movies between little beggars, we watched two new Halloween specials (and the World Series). The David S. Pumpkins Animated Halloween Special was OK, but it could have been better -- or could it? Maybe the premise is just to limited to expand.... Meanwhile, Michael Jackson's Halloween was just bad. The story is seriously undercut by the revelation right at the beginning (so this isn't a spoiler) that none of it was real. 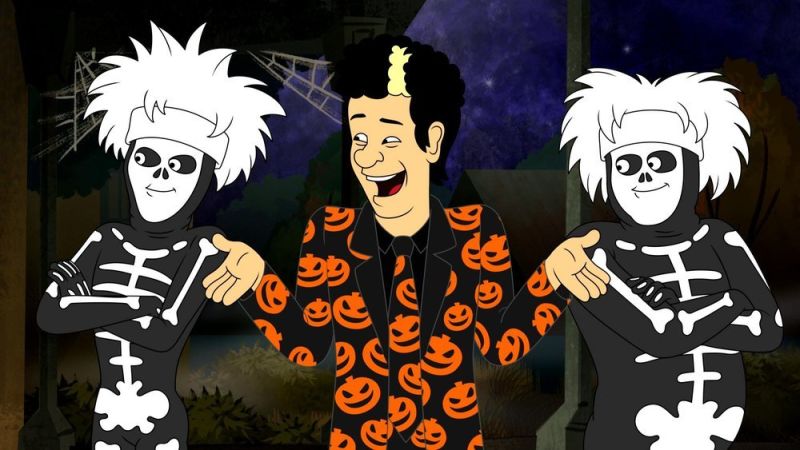 And here the cast from Michael Jackson's Halloween, all pasted together with no attention to their actual relative sizes in the show: 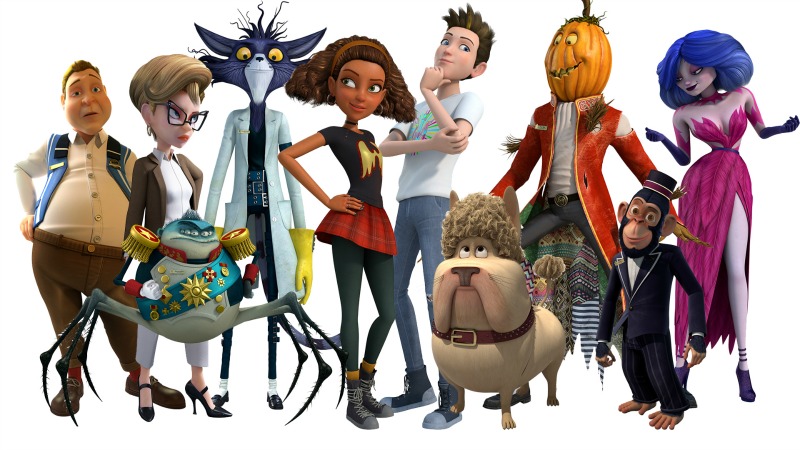