Here's a comic book I discovered by chance in an antique store back in April. It looked familiar, but I didn't recognize the logo. Turns out it's a 1997 reprint of the first issue of Marvel's The Little Mermaid series from 1994, and it wasn't in the GCD (now it is, of course!). 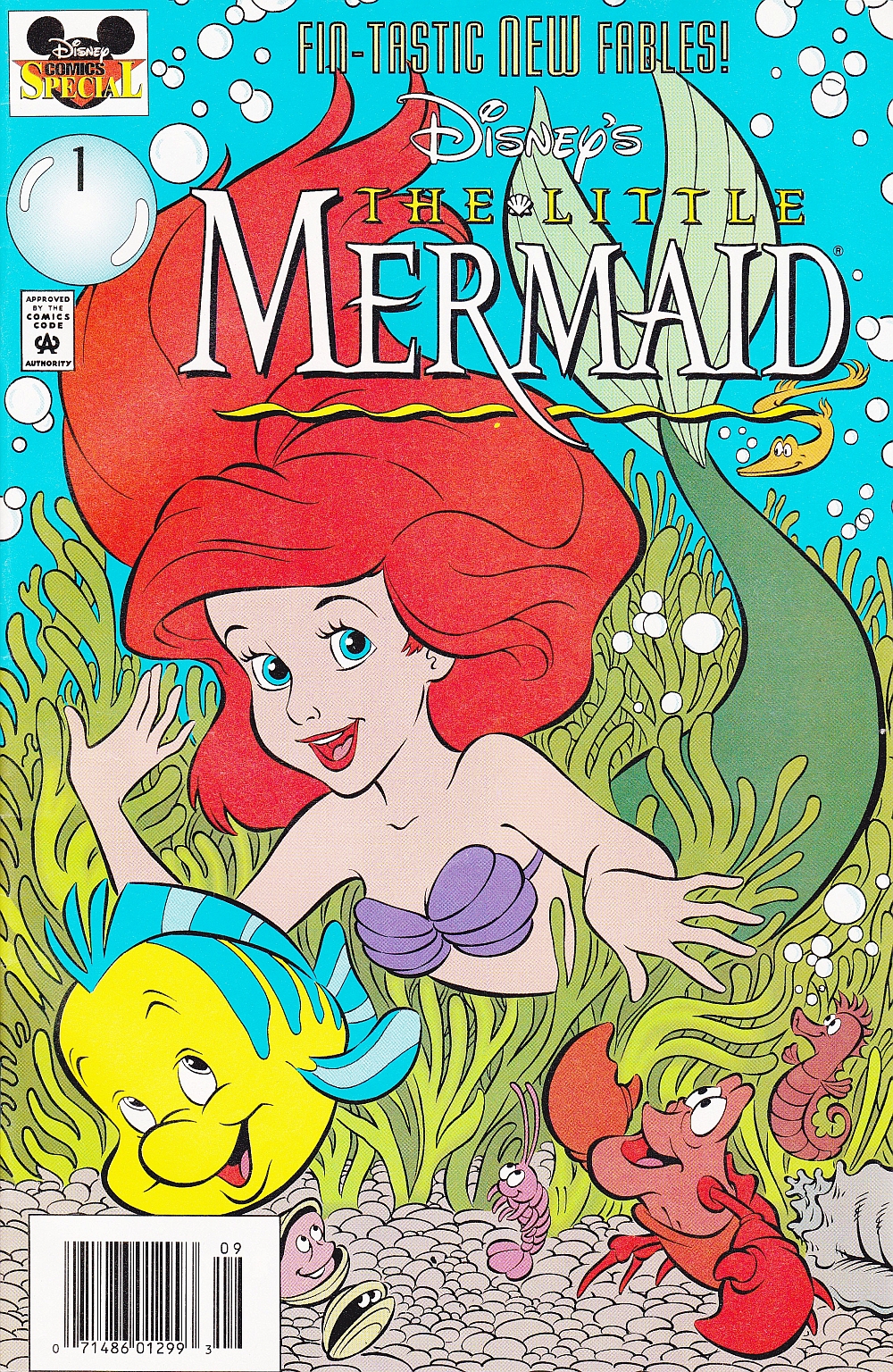 It wasn't made to be sold (there is no price), so I assume it was a giveaway of some kind, but it's kind of mysterious. Since I added it to the GCD, someone else has added four more issues, and it looks like Disney did this with some Aladdin and Beauty and the Beast comics too. If anyone knows why these comics exist and how they were distributed, please let me know!