From the Polar Plunge, this clown is diving into a pool of cold water. There was a whole group of similar bozos who were also a coffin race team. 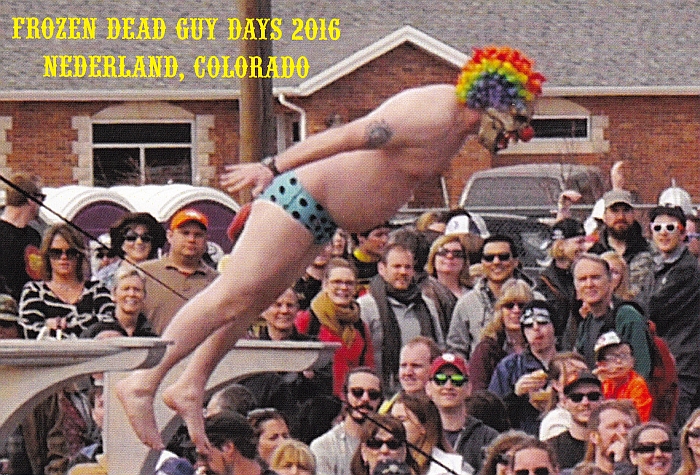 A Sesame Street-inspired coffin race team going thru the course. I don't remember their team name... 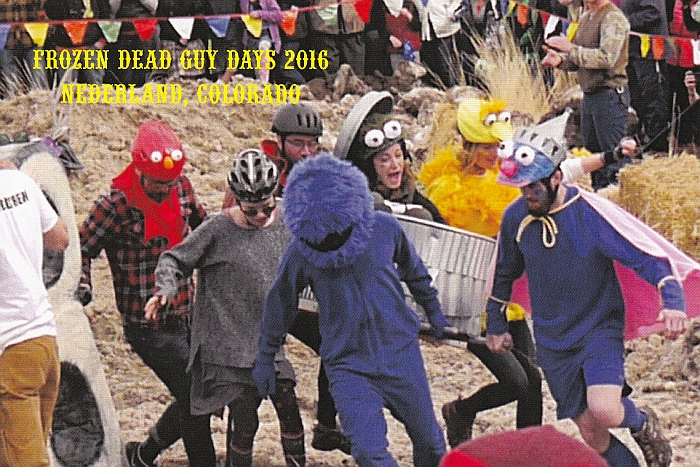 Two coffin race teams jockeying for position. One team is Losing Nemo, from the previous post. I don't remember the other team's name (it was long, and the announcer gave up and just called them "the nerds"), but they were the eventual winners, beating the Pink Socks in the final race! 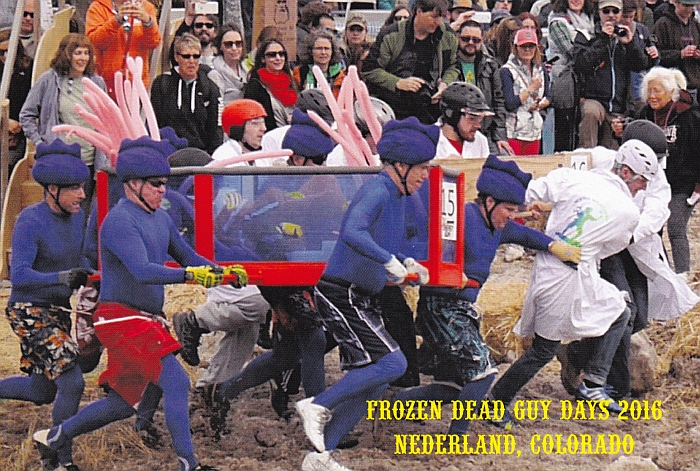