Hey, I already have an update to the convention list I posted last week! Can't believe I forgot this one:

Also, last year Denver had Colorado Horror Con and Running of the Leaves Convention (a My Little Pony con). If they are coming back this year, they haven't announced yet. Hey, maybe ROTLCon can merge with MALCon and My Little Pony can become the seventh focus...

To wrap up, here's another cosplay picture from Rocky Mountain Con 2015: Bill Cipher by Catzmoney! 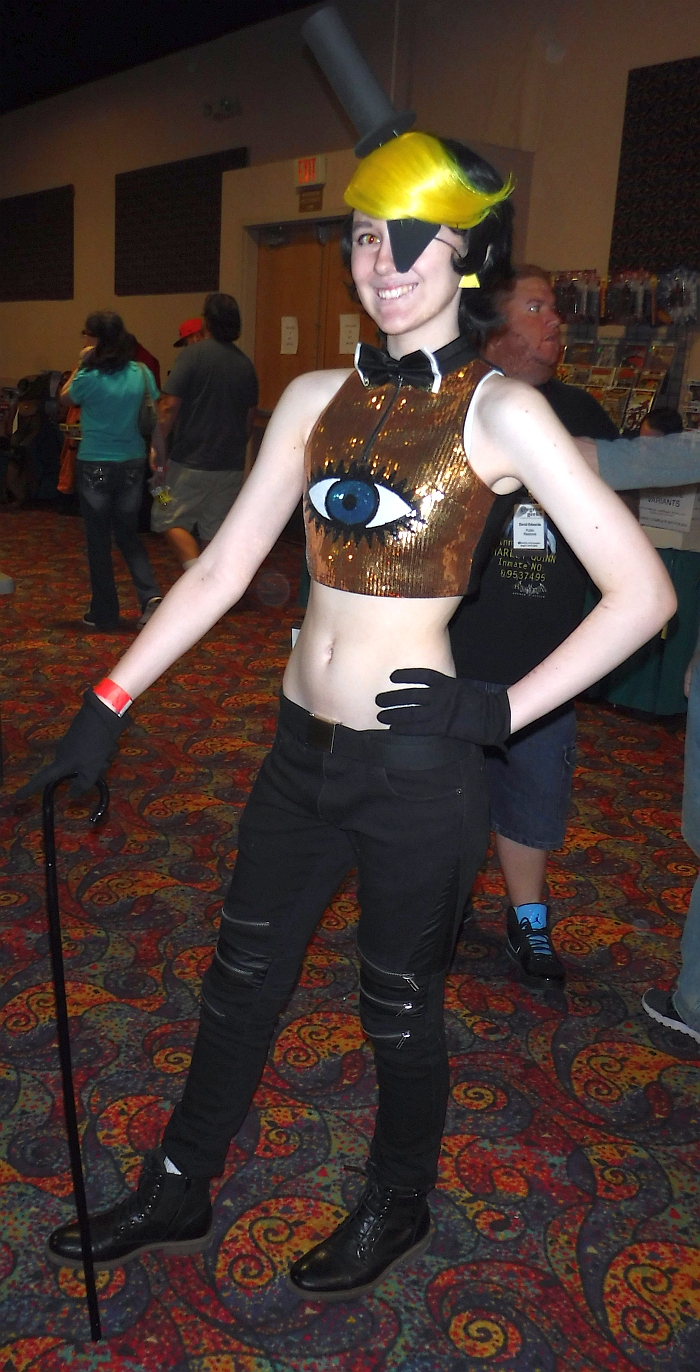 Recent pages I added to the Musketeers Wiki:
Porthos
Collapse