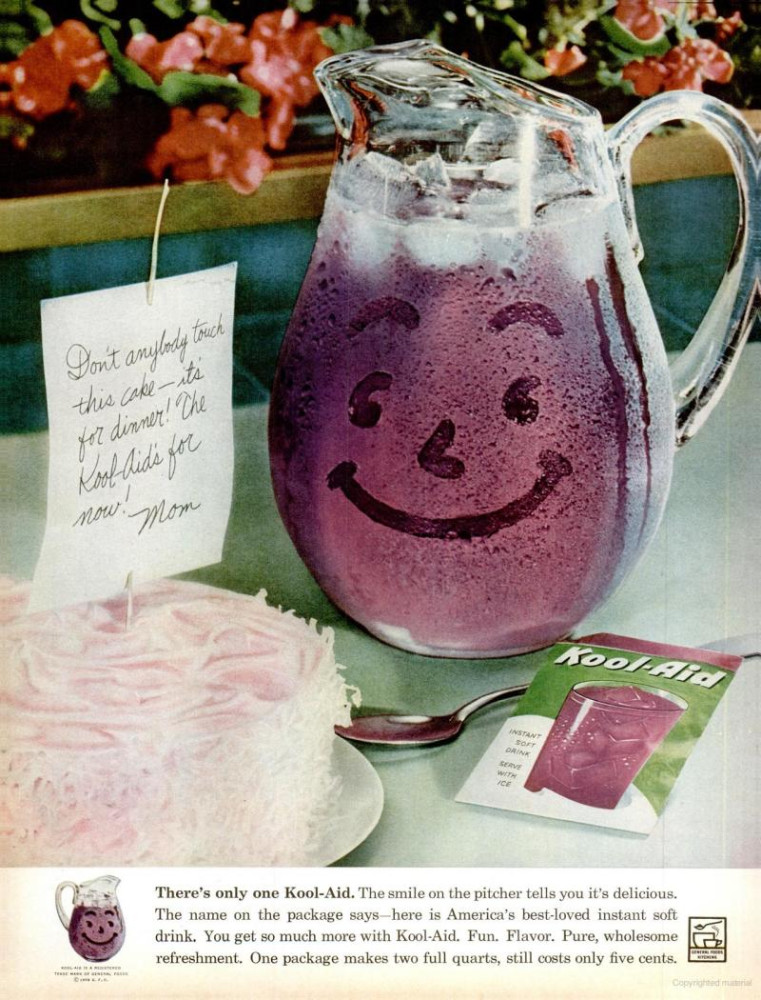 I used to really be into Kool-Aid, in the late eighties and into the nineties. I saved the points off of packages to order things at the Wacky Warehouse, I hung out at alt.drinks.kool-aid, etc. I don't drink nearly as much Kool-Aid now. I think it's mostly because I switched to iced tea, but the demise of the Wacky Warehouse played a part, I'm sure.