Halloween Anyone?
Originally uploaded by Jemingway
I was blogging about Halloween all last month, so I guess I might as well talk about my Halloween, eh?

There was a costume contest at work on Friday, and I wore a Halloween costume for the first time in many years.  I was a rodeo clown, and you can see a picture here... and I won second place!  I got an Etch-A-Sketch!

At home for trick or treating on Sunday, I had to do it by myself because Beth is still in Florida.  Had 36 little beggars this year, a few less than normal.  The sullen teens who come along at the end of the night seemed to be missing...

While waiting for the kiddies, I watched a couple of "horror" movies (like last year).  First was Casper's Scare School, the latest attempt to keep Casper the Friendly Ghost in the limelight (Well, Casper and the Spectrals is newer, but I'm not sure it counts since it barely got off the ground...).  It has some good ideas, but it's mostly bland funny monsters.  The zombie girl (played by Christy Carlson Romano) who is the Wendy replacement isn't even interesting, and the computer animation is bland.  Then I started to watch The Strangers, which I couldn't even bother to finish.  It's a werewolf movie that's so cheap, they can't even afford a werewolf suit. I was interested at first because it's set and filmed somewhere in the Rocky Mountains, which is different, but that wasn't enough to keep me watching.  Even the nudity didn't help.  I suppose I'll finish it someday...

To close, here's some pictures of the actresses from The Strangers.  Remember, it's not their fault! 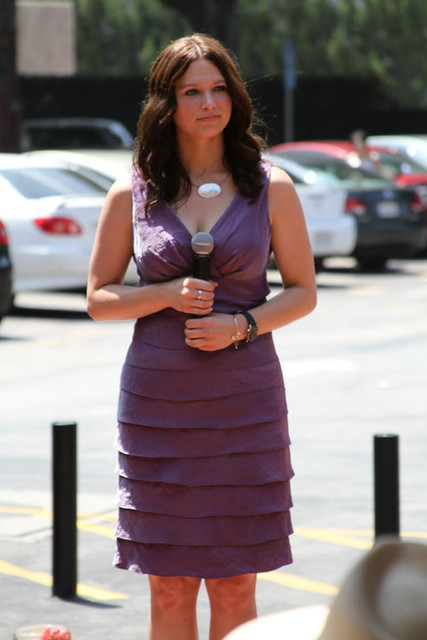